The modems are vulnerable to authenticated and unauthenticated remote code execution through the web administration server. These vulnerabilities arise from memory corruptions due to insecure function calls when handling HTTP requests.

These vulnerabilities can be exploited by attackers who already have access to the device’s local network, including from the guest network. Under certain specific conditions, the attack could also be launched remotely over the Internet.

By exploiting these vulnerabilities, an attacker can gain unauthorized access to Orange Belgium customers LAN, fully compromise the router, and leave a persistent backdoor allowing direct remote access to the network.

On March 9th 2021, we released the VOOdoo security research exploring exploitation of eCos cable modems of belgian Internet Service Provider VOO. We also made all of our eCos research public through our ecos.wtf website. It seems to have renewed Orange Belgium’s interest in what we sent them.

Our detailed rationale on why we think sticking to 90 days is OK:

Over the course of this coordinated disclosure process made out of sporadic emails from two different entities, Orange managed to ask for an extension of the 90 days disclosure deadline twice but never provided clear and detailed information about what was happening on their side. We were never in direct contact with Orange security engineers.

On top of that, the fact that they came back asking for an extension after 6 weeks of radio silence because they saw the impact of our ‘VOOdoo’ research is offending. I’m convinced that upcoming security researchers would have been ignored up to the 90 days deadline (if they chose to impose one). My feeling is they got back to us because our previous research made noise and ended up in the press, not because they care about their customer premise equipment security.

When writing these lines (April 25th 2021), it is still unclear which of these issues are currently patched and Orange Belgium hasn’t released an advisory about guest network attack surface. 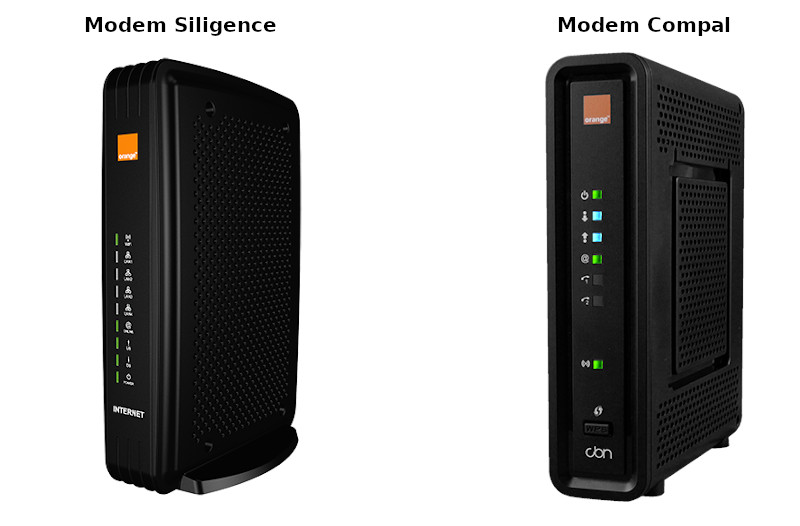 Due to the recent release of Cable Haunt, we decided to take a look at one of these models: the Askey TCG300 provided by Siligence.

Askey does not publish firmware files for devices dedicated to large ISPs. In order to gain access to the firmware we had to either exploit a flaw in the web administration panel or use physical means such as flash desoldering or UART console access.

Given our limited knowledge of the device, we decided to go the physical way and opened the box.

We immediately identified what looked like three UART pin-outs labelled UART0, UART1, and UART2. When auto-identifying baud rate, we noticed that UART0 is live while the others are not.

Usually, cable modems have two separate systems: a Media Server (MS) running Linux and a Cable Modem (CM) real-time operating system running either eCOS or VxWorks. It turns out that this specific model does not have a Media Server component. 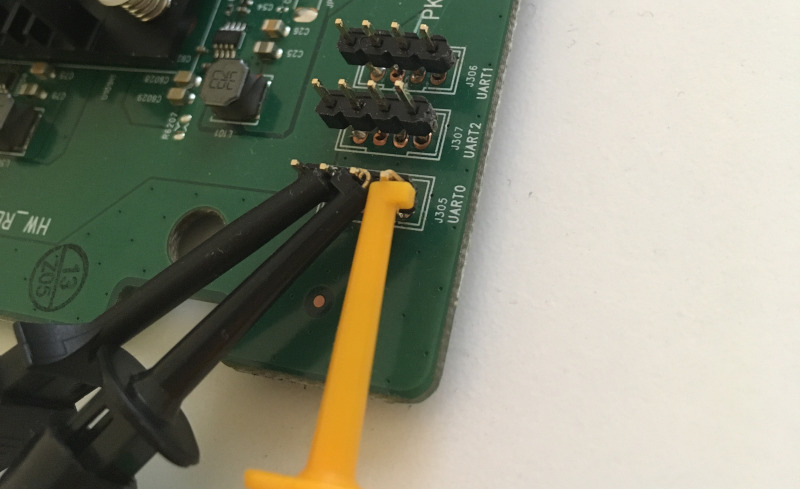 The pins setup for reference:

From early boot information, we see that the device bootloader is unlocked. You can see that from the ‘Enter ‘1’, ‘2’, or ‘p’’ prompt, allowing to enter the bootloader menu by pressing ‘p’.

But even though the bootloader is unlocked, we cannot access the cable modem console given that console input/output has been explicitly disabled in non-volatile storage:

In order to dump the firmware, we developed custom profiles for bcm2-utils. This project provides two utilities:

bcm2dump requires model-specific memory mappings definition from profiledef.c to work. Given that the device under test was not documented yet, we gathered information by dumping the bootloader and reversing it.

Thanks to the profile we wrote, we were able to auto-detect the device with bcmp2dump:

Dumping NAND We then dumped the NAND flash content. First bcm2dump will patch the code in memory and then trigger calls to dump the flash over serial.

In the excerpt below, we dump the firmware image which we analyzed to identify issues listed in section ‘Findings’.

If you remember the boot logs, we cannot access the device console because it’s been explicitly disabled in the non-vol settings:

We explored diffrent avenues when trying to bypass this protection:

We can see that serial_console_mode is set to disabled:

Now that we have a modified dynnv partition, it’s time to write it back to the device. The problem here is that bcm2dump does not support (yet) writing back to nvram or flash from the bootloader menu.

In the meantime, we simply plugged ourselves to the SPI flash with an 8-pin SOIC clip. 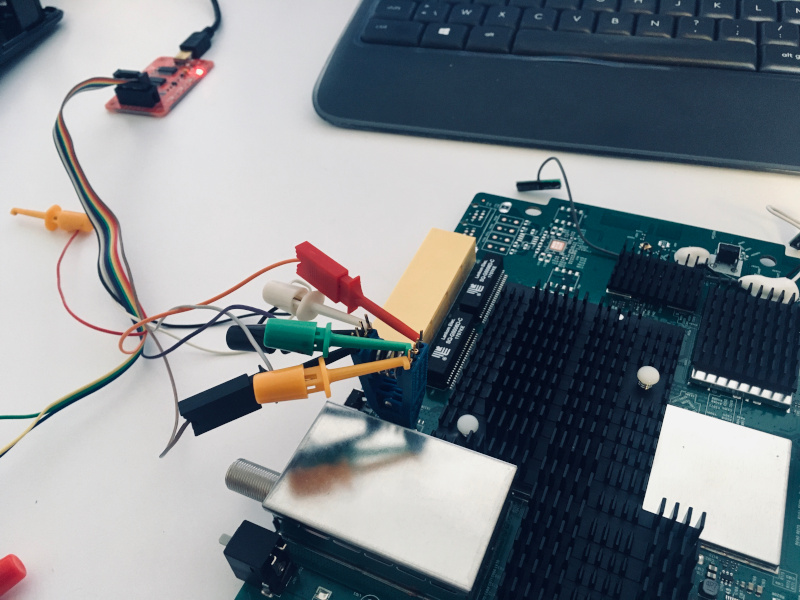 There are some issues to overcome when writing back, such as editing multiple copies of dynamic settings. This is out of the scope of this article. If you want to know more, head over to ecos.wtf.

But once the right settings are written back, we obtain a shell on UART0:

On top of that, another shell opens up on UART2:

Each console has a specific function (CM stands for Cable Modem, RG stands for Router Gateway). Access to the consoles is required to obtain crash logs from devices but it is not required to successfuly exploit identified issues in production devices.

In order to decompress the firmware image, you need to build the ProgramStore utility from Broadcom:

Once built, you can use it to decompress the image:

Loading the firmware in Ghidra When loading in Ghidra, you need to set the architecture to MIPS 32bit big endian, and then set the right loading address. 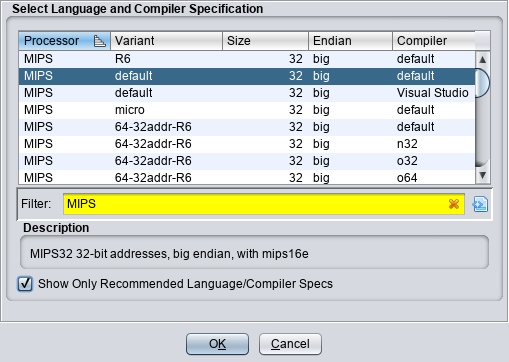 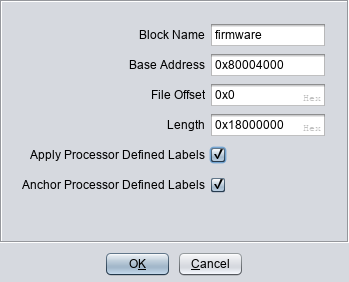 Advanced details on reverse engineering process such as function auto-identification, automated function renaming, memory mappings, or interrupt handling falls out of scope of this article and are therefore not covered. Again, if you want to know more, head over to ecos.wtf.

We identified a stack buffer overflow in the parental control section of the web administration interface. It affects a form handler that expects a list of URLs that should be blocked by parental controls.

It’s possible to trigger a stack overflow by sending an HTTP request such as the one displayed below. Sending the request will trigger a crash, with a detailed crash log provided by eCOS over serial.

As we can see in the excerpt below, the return address (PC) has been overwritten with our payload (0x41414141).

We have developed a stable exploit that will get the attacker a reverse shell on the device. The exploit overwrites the return address and follows a ROP chain that gets the device to connect to an arbitrary server.

The server returns a second stage payload that is copied in memory by the ROP chain before it executes it by making the program counter points to that address. Please note that this exploit works whether console I/O is enabled or not. This means it will work on production modems deployed by Orange Belgium.

In the excerpt below, we send the exploitation request:

While in this one, we have our callback server that serves the second stage and obtain a reverse shell on the device:

We identified another type of memory corruption, this time reachable from an unauthenticated user perspective.

When parsing the HTTP Host header, the device makes an insecure copy to the heap, which leads to heap corruption. This corruption can be triggered by sending the HTTP request displayed below.

Sending the request will trigger a crash, with a detailed crash log provided by eCOS over serial.

We also turned this corruption into a stable exploit that connects back to an arbitrary server. Due to the lack of public tools to reverse engineer Broadcom eCOS firmwares (yet), all we can say is that the corruption happens when manipulating BcmHeapManager MemoryNode objects at offset 0x80016bf0. The function responsible for parsing HTTP request making insecure memory copies starts at offset 0x804382e8.

With a few exceptions, Orange Belgium cable modems web administration interface is not directly exposed to the public Internet and can only be reached from customers local area network.

However, attackers could target the device while connected to the wireless guest network and gain the ability to cross boundaries between the guest and private networks.

Under specific conditions, attackers could also target cable modems over the Internet by getting customers to open a malicious web page. The malicious web page would execute JavaScript code exploiting the buffer overflow to gain remote code execution. To do so, the malicious code would need to bypass two security mechanisms: Same-origin Policy, and enforced authentication.

We discovered that affected devices are vulnerable to DNS rebinding attacks, which can be used to bypass the Same-origin policy. To bypass authentication, the attacker would need to be able to guess or derive the device’s password (we did not identify ways to do so, but it’s not unheard of or to get its victim to have established an authenticated session onto the device web administration interface during the day. As you might have noticed, the web interface does not keep track of opened session with a session cookie but simply links the client IP with an authenticated session.

In this report, we successfully demonstrated that the web administration panel of Askey TCG300 devices is vulnerable to different kinds of buffer overflows.

By exploiting these vulnerabilities, attackers could fully compromise Orange Belgium cable modems by just being connected to the (guest) network or, under very specific conditions, over the Internet by targeting an Orange Belgium subscriber.

Side Note on Compal

We did not look at the Compal cable modem provided by Orange Belgium. However, we can say with medium to high confidence that they are highly unlikely to be affected by the exact same issues. While Askey devices run on eCOS, most components of Compal appears to be running on Linux.

All proof-of-concepts and exploit code can be found in ecos.wtf Github repo ecosploits.